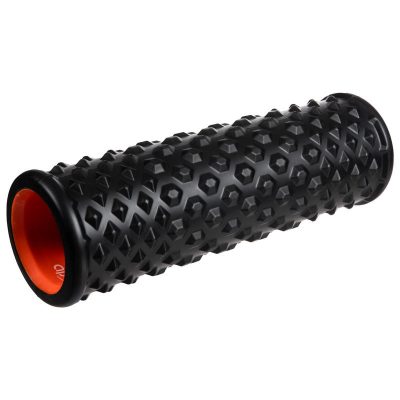 Is Foam Rolling a waste of time?

Foam rolling has been in the spotlight lately. What are the actual effects on muscle tissue and muscle fascia? and does it increase performance or not? Currently no consensus exists on the benefits of foam rolling. Meaning, nothing has been proven and there is no significant evidence that suggest it does anything…

A common belief among users is that rolling is somehow ‘loosening’ muscles, or breaking up ‘tight spots’ in muscle tissue which helps reduce pain and reduce the ‘stiffness’ within the muscle.

The claimed benefits of foam rolling are:

When we exercise small micro damage or trauma occurs to within our muscles. This leads to an inflammatory response which can cause scar tissue to form in the muscle fascia over time. To combat this trauma, myofascial release techniques and soft tissue techniques, such as massage and foam rolling have been used to help try and reduce muscle tension and soreness by ‘breaking up’ this facial scar tissue.

So what is myofascia? Myofascia is simply the muscles connective tissue that covers the outer layer of muscles and provides structural support. Fascia surrounds all internal body structures and is vital for the body to function.  Myofascial release is a treatment technique which involves direct pressure on the myofascial tissue to reduce stiffness or tightness of the tissue. This tissue stiffness is believed to cause reduced muscle length and reduced blood flow to the muscle.

Potential theories as to the effects of foam rolling include:

Based on these theories it is believed that Foam rolling can increase performance, improve flexibility and speed up recovery. 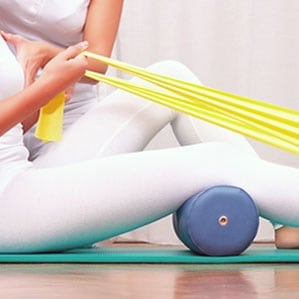 Research indicates rolling does improve muscle flexibility and joint range of motion, however these improvements are very little and short lived, lasting no more than 10 minutes post rolling. Studies have also shown rolling does provide longer term flexibility, however needs be done on a regular basis and continually for these changes to remain. A 20 second rolling session on a particular muscle is just as effective as 1 minute, indicating you do not need to spend lengthy periods rolling to achieve the optimal effect.

The pressure exerted by a roller on the muscle fascia needed to change the state of the tissue has been questioned. Studies have shown that a far greater pressure is required than any that can be physically possible by a roller, to create any structural changes in fascial properties.

Some of theories that have been attribute to increase in muscle flexibility and improved joint range include; a potential warmup effect. Where an increase in skin and muscle temperature, which occurs due to the friction created by the roller, increases blood flow and thus better muscle elasticity.

The most plausible theory relates to myofascia containing mechanoreceptors, which are sensory receptors that detect a change in mechanical pressure or change in length. It is believed that by applying direct pressure over the muscle, such as foam rolling, this stimulates the fascia mechanoreceptors, which enables the central nervous system (CNS) to change underlying muscle activity to reduce tension or tightness. This theory is just that, a theory, with research still very much limited on the effects myofascial release, which is why it remains a controversial topic amongst health practitioners.

Foam rolling has been shown to have no negative effects on athletic performance, with some studies actually showing pre-rolling can improve power and speed measures in sprinting performances. However, these measures are very limited and not-significant enough to rely on and would only be relevant enough for an elite athlete to consider.

Foam rolling has shown to provide feelings of relaxation, which has proven to reduce local fatigue and muscle excitability. Fatigue is when a muscle undergoes fiber changes and the body needs to increase effort to maintain the same level of performance. Therefore, foam rolling may reduce the feelings of fatigue and give a person the perception they can work harder for longer. It provides a relaxing and powerful mood enhancing experience, thus reducing the perception of fatigue. Also, Placebo effect cannot be ruled out. If a subject believes it is increasing their performance, then it most likely will.

There is evidence that foam rolling post exercise can aid in muscle recovery and reduce delayed onset muscle soreness (DOMS).

DOMS occurs due to structural damage to muscle and connective tissue, that occurs with fatigue, as well as an associated inflammatory response. Muscle soreness also creates central inhibition due to central fatigue which impairs muscle function. It is speculated that foam rolling may reduce muscle soreness due to biomechanical effects including; promoting increase plasma circulation and anti-inflammatory mediators which accelerates the healing of muscle by creating less cellular stress and fibre inflammation.

The most plausible theory on the effect of rolling in reducing perceived muscle soreness is due to complex central pain modulatory systems. Rolling performed on a tender muscle can provide an acute increase in pain threshold with the mechanical pressure providing a natural analgesic effect through the bodies pain inhibitory system and anti-nociceptive pathway. Meaning your brain is stimulated to counteract the pain and is able to acutely reduce your feelings of pain.

So what’s the consensus?

There we have it! Foam rolling is a worthwhile tool in increasing muscle flexibility and enhancing muscle recovery, however the research suggests the benefits are minimal and the evidence is weak. The exact physiological mechanisms involved when rolling are not yet fully understood or some even known. However, the common believe that rolling in some way changes the structure of muscle and fascia by compressing it and making it ‘looser’, we now know does not occur at all. It’s more likely due to the pain modulating effects of the CNS, the influence of skin mechanoreceptors on the CNS, and the altered perception of pain and fatigue.